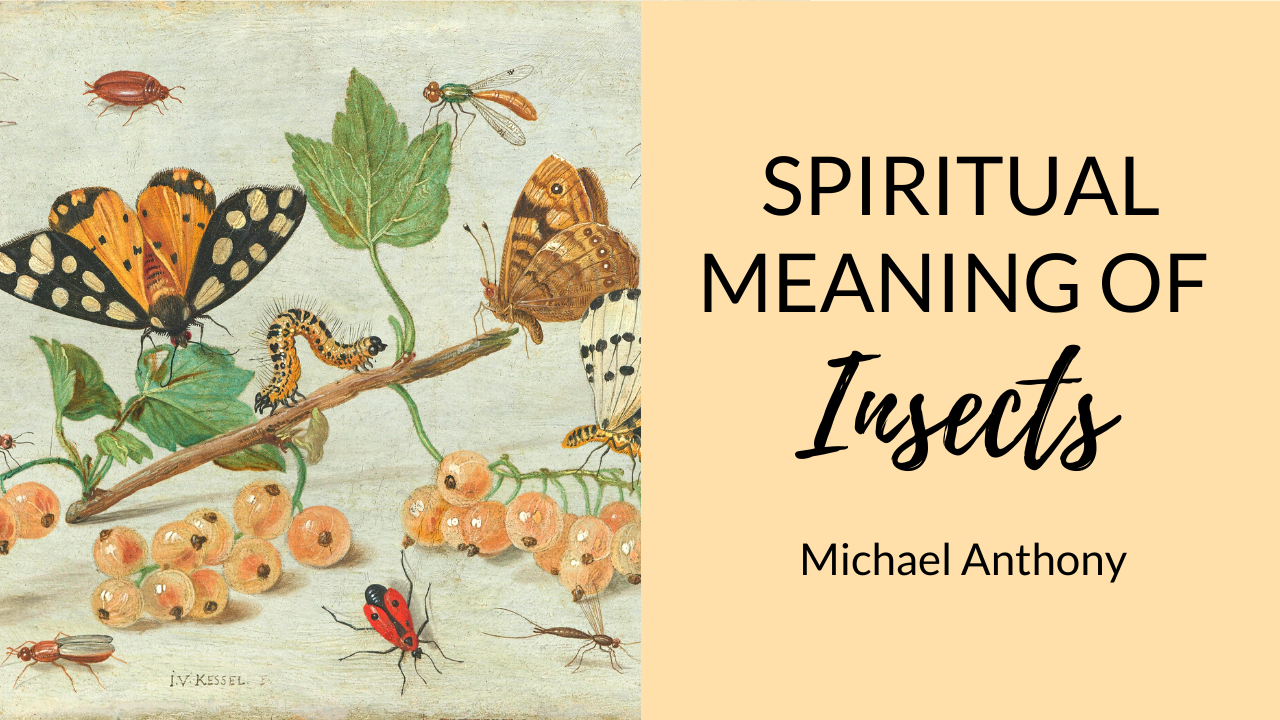 Are you afraid of any specific bugs?

Up until recently, I had an irrational fear of cockroaches, which according to my podcast guest this week means that I have “unnecessary fear.”

Many people are creeped out by bees, spiders, scorpions, and more. How about you?

Also, what about the bugs we happen to like, such as the praying mantis, butterflies, and ladybugs? What is it about them that we’re attracted to?

I don’t know about you, but I’d NEVER actually considered the spiritual meaning behind insects until I chatted to Michael Anthony.

In this fascinating episode of The Lit Up Lightworker Podcast, we talk about the spiritual meaning of ‘small spirits’, as Michael calls them, as well as the spiritual insights behind the ones we’re most and least attracted to.

Watch the video to learn about the spiritual meaning behind spiders, cockroaches, moths, words, and other bugs.

(Whether you’re bug-obsessed or totally creeped out, I guarantee that your perception of insects will shift by the end of this episode)

Watch the episode to learn about the spiritual meaning of insects, and completely shift your relationship with them.