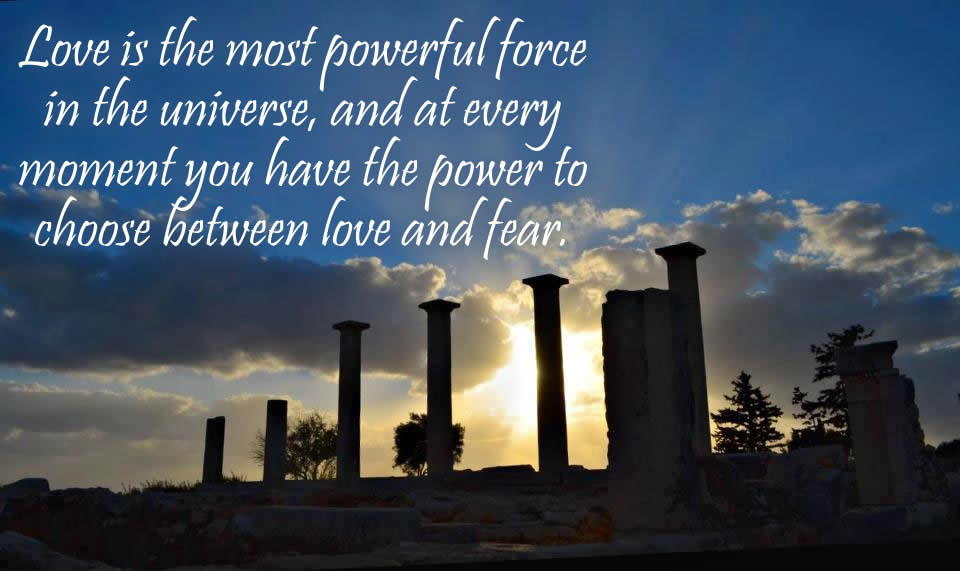 Mass Destruction & The Law of Attraction: The Case of Cyprus

Doomsdays and apocalypses prophesying the end of the world have been advocated by almost all civilizations along the course of human history. The end of the Mayan Calendar on December 21st 2012 was probably the most popular of such prophesies with a multitude of interpretations, the worst of which foretelling peculiar astrological alignments that were supposed to bring the destruction of our planet. As most of such eschatological beliefs this too proved to be a hoax since our planet is thriving as never before. Parallel to predictions of the literal end of the world is also the spiritual interpretation, rendering 2012 a transitioning point that signifies the end of the old paradigm of fear and victimization and the beginning of a new era based on the concepts of love, freedom and self-empowerment.

Of course, the specific date of December 21st 2012 doesn’t really hold much particular significance apart from acting as a symbolic point of transition into the new era. In reality, this transition has been going on for years now and it will pursue for decades to follow. The disastrous US depression of 2007 is a poignant example of the “end of the world” that’s been characterized by many as the fall of the old socio-economic and political establishments as well as “the collapse of nations and banking houses built on sands of human greed, ambition, and manipulation” (St. Germaine’s prophesy for the new millennium, 1999).

More recently, the island of Cyprus, my home country, has experienced a similar if not severer recession following the bankruptcy of its banking system. I have often been asked about the ways through which mass events are manifested through the Law of Attraction, a question I have asked myself and meditated upon many times before. Using the Cyprus banking crisis as a case study I would like to share with you my personal perspective on collective attraction.

How it was created?

The Law of Attraction states that like attracts like, therefore whatever you think and believe creates your reality. In most cases, even though many people are open to this concept on a personal level they are hesitant to accept it as an absolute norm especially when it comes to mass events, and choose to hold on to disempowering beliefs of external forces of manipulation. They wonder, how could thousands of people manifest the exact same experience at the exact same time and space?

What most people fail to understand is that, it is the way we feel that the Law of Attraction responds to, and our thoughts and beliefs are simply the indicators of it. In other words, a thought creates an emotion which subsequently attracts similarly-feeling experiences. From this perspective, every single person that has been affected by the Cypriot banking crisis or any other mass event, offered a consistent negative emotional frequency that materialized into the crisis. It would be illogical to assume that all the people who lost their jobs had the exact same negative thoughts and beliefs, or had any thoughts regarding their redundancy whatsoever. On the other hand, it is safe to suggest that all these people maintained consistent feelings of insecurity, fear and disempowerment for a long period of time that collectively manifested the crisis.

Whatever’s done is done, and the banking crisis has been attracted not just by the people affected by it but by the majority of the country’s inhabitants, if not of the world’s inhabitants. People have been complaining about the unfairness and injustices of our global socio-economic systems for years now, especially in a country like Cyprus where favouritism and corruption are so prevailing that are accepted as the norm. I have known that, you have known that and we’ve all been talking, blogging and texting about it. Well, we’ve succeeded! We’ve shattered the heart of our economy and it’s time for us to re-build it the way we want to.

Approaching the economic crisis from a negative perspective will only prolong the negative momentum of attraction and keep its resolution in the shadows. You are now equipped with a newfound understanding of the Law of Attraction and you can use it to consciously launch a new, positive emotional grid that will eventually fill in with positive experiences. Even though mass events are attracted by the masses, a person that’s aligned with the pure-positive power that creates worlds is much more powerful than hundreds loitering in fear. It is true that love is most powerful force in the universe, and at every moment you have the power to choose between love and fear. With every loving thought you think, every loving word you pronounce and every loving emotion that you feel you are creating our collective future.

Our world is in need of lightworkers: people who persistently choose to ignore reality and focus on the improved reality that must follow eventually; those who are consciously in denial of the world’s pitfalls and prefer to daydream for a brighter future. Fortunately, we are all lightworkers at heart for we are all made out of love. The reason love is every single person’s greatest desire is because deep down we all know that love is who we are, and as a result we yearn to experience and extent it out into the world. With that in mind, make the conscious decision to rekindle your internal loveliness and infuse it in all aspects of your life. As Mahatma Gandhi once said,

Be the change that you want to see in the world