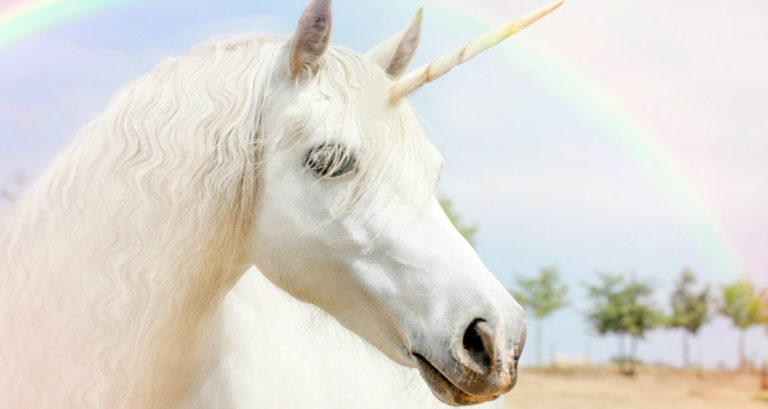 Are Unicorns Real? Here are the facts.

As I opened the map I was instantly mesmerised by the exquisite iconography of the Middle Ages. I anxiously perused the elaborate symbolism, peculiar plants, and wild animals depicted trying to take it all in, until I glimpsed the horned creature on the top right corner of the mappaemundi. My professor’s voice gradually faded into a distant whisper and all I could hear, all I could see, all I could think of, was the elusive being staring at me from the lightly creased paper. Under it, the calligraphic inscription read, “Unicorn.” And so my quest had begun…

Following that first introduction to unicorns during a geography class in 2013, I had an inexplicable urge to learn everything I could about this mythical being, and put an answer to a question that’s captivated humanity for thousands of years: Did unicorns really exist? If so, do they still do?

Although this urge seemed fickle and immature to the logical mind I felt as if my life depended on it; and I simply had to follow it.

The first ever mention of unicorns was intriguingly not part of myth. Greek physician and historian Ctesias of Cnidus provided the first description of the unicorn in the 4th century B.C., describing it as resembling an Indian ass with a white body, red head, blue eyes, and a 28-inch long horn.

Followed that first alleged sighting, belief in the existence of unicorns was corroborated by Aristotle who described “a he-goat [who] came from the west, skimming over the whole earth without touching the ground; it had a prominent horn between its eyes.” Julius Cesar talked of an ox-shaped stag with a long single horn, while Pliny depicted an animal “with a body like a horse, head like a stag, feet like an elephant and tail like a boar … [as well as] one black horn.” 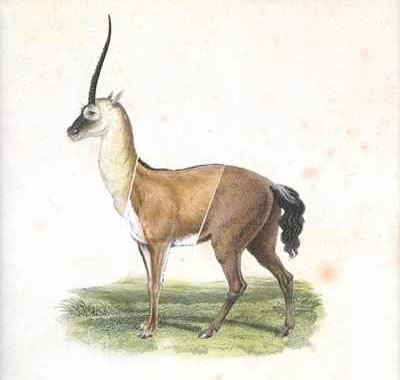 While these early writings from such prominent figures launched the unicorn myth and the obsessive quest to finding and capturing it, natural historians have eventually concluded that these unicorn accounts didn’t describe a single animal but a chimera of three different animals – the kiang, chiru, and wild yak – while alicorns (unicorn horns) traded for astronomical values in the Middle Ages, were really the tusks of narwhals.

Following Ctesias’ false report of the unicorn, a mistranslation of an animal referred to as reem in the Hebrew version of the Old Testament, to monokeros (unicorn) in the Greek version, re-ignited Ctesias’ unicorn and launched the obsessive quest to finding an animal so important to be mentioned in the Bible. As a result, in the years that followed unicorn poems were written, stories were created, and artwork was commissioned. The unicorns were glorified, and associated with qualities such as strength and power but also grace and poise. 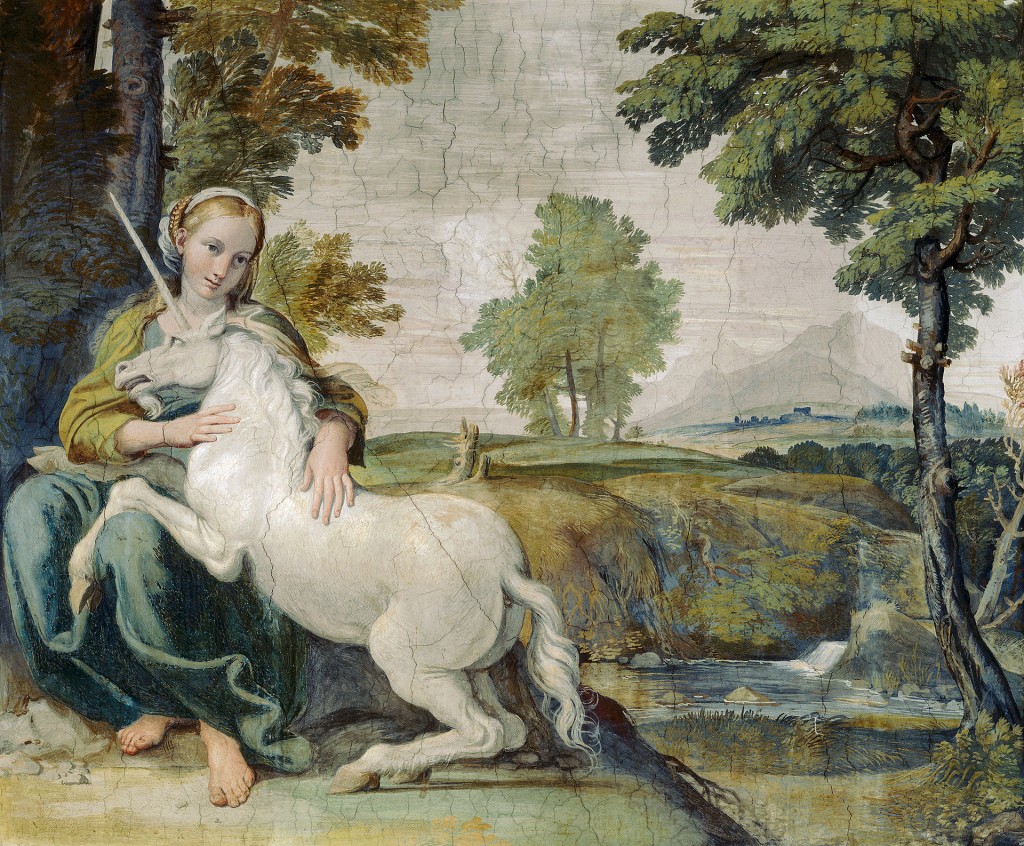 The mistranslated presence of a unicorn in the bible led to an explosion of unicorn iconography in the Middle Ages. This is ‘The Maiden Taming the Unicorn’ by Domenico Zampieri 1602.

By the early 20th century and when the world was almost fully discovered hope for the unicorn’s existence started evaporating. The climax of the quest to finding the unicorn took place in 1899, when the British governor of Uganda set out to demystify the locals’ insistence that the unicorn lived in the depths of Africa. Whereas he ended up finding the animal they were referring to, he was disappointed to find out that it wasn’t the elusive unicorn, but the okapi.

What’s fascinating is that even after the unicorn myth was discredited the belief in unicorns’ existence and the desire to experience their magic persisted through time. In fact, one New Age theory suggests that unicorns did walk our planet in flesh and bones but had to ascend to a higher dimension due to the toxic energy of the planet, while another presents unicorns as ascended horses.

In mainstream culture, the unicorn features in nations’ coats of arms, epic songs, movies and TV Series, as well as an innumerable range of clothing, gadgets and accessories, that cater to the new era of unicorn obsession that we’re currently going through.

The popularity and interest of unicorns has been so timeless and prevalent in the course of human history, that trying to figure out whether unicorns are real or not becomes irrelevant. What begs to question instead is: Why has the unicorn held such significance to so many cultures around the world, for so long?

The Unicorn is Captured

Looking at all the unicorn stories, articles and artefacts I’d studied over the past three years, I could see clearly a common thread in the various ways unicorns had been portrayed. Depicted as strong and powerful but also graceful and poised, the unicorn epitomised a balanced being that stands tall in its authenticity. The health, happiness, success, and prosperity that capturing the unicorn would bring, were all outcomes of these inner states of balance and authenticity.

For thousands of years, we obsessed about capturing a magical creature that would cure our illnesses, fix our finances, and solve our problems; not realising that the creature we’d been searching for, had always been within us. The unicorn had always been real, is still real, and will always be real as a symbolic and spiritual extension of our soul: balanced in masculine and feminine energy and unapologetically authentic. Our soul had turned itself into a horned horse in an effort to grab our attention; and through stories, tapestries, songs, and statues, inspire our quest to capturing it.

Although we’d taken on the quest and searched for it tirelessly through the years, we’d skipped looking in the single place where it’d always resided: Within us. 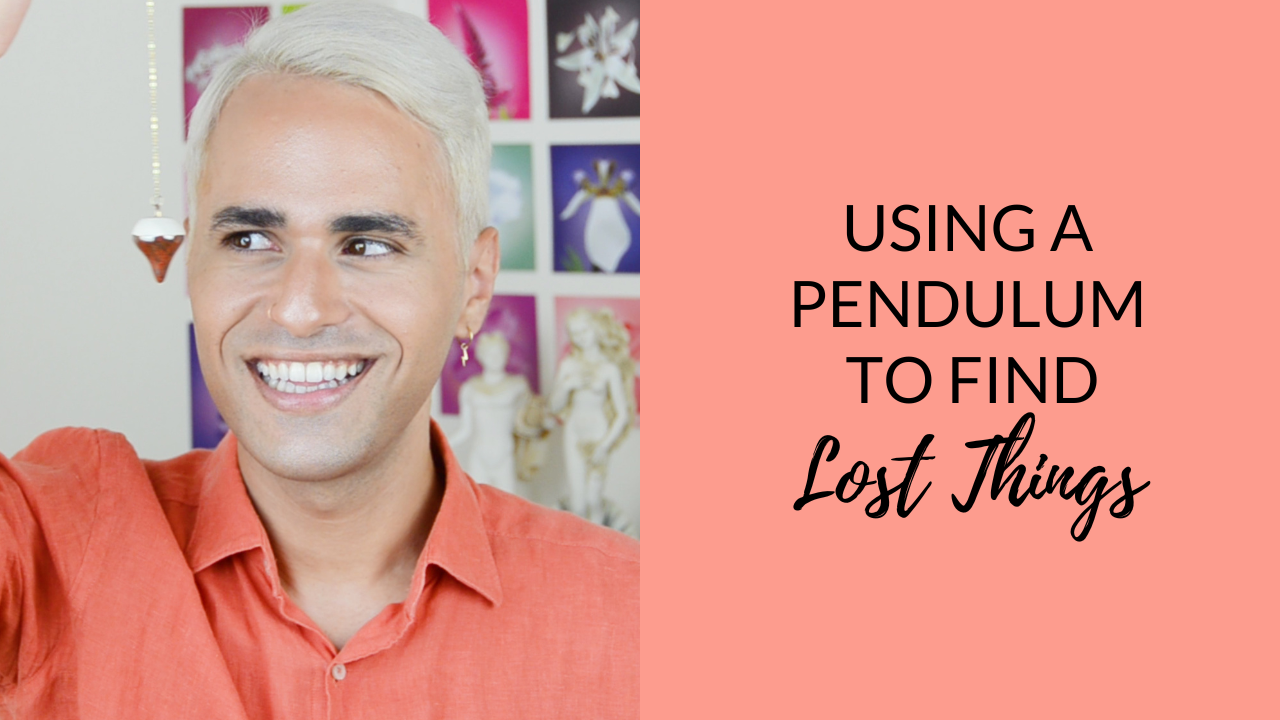 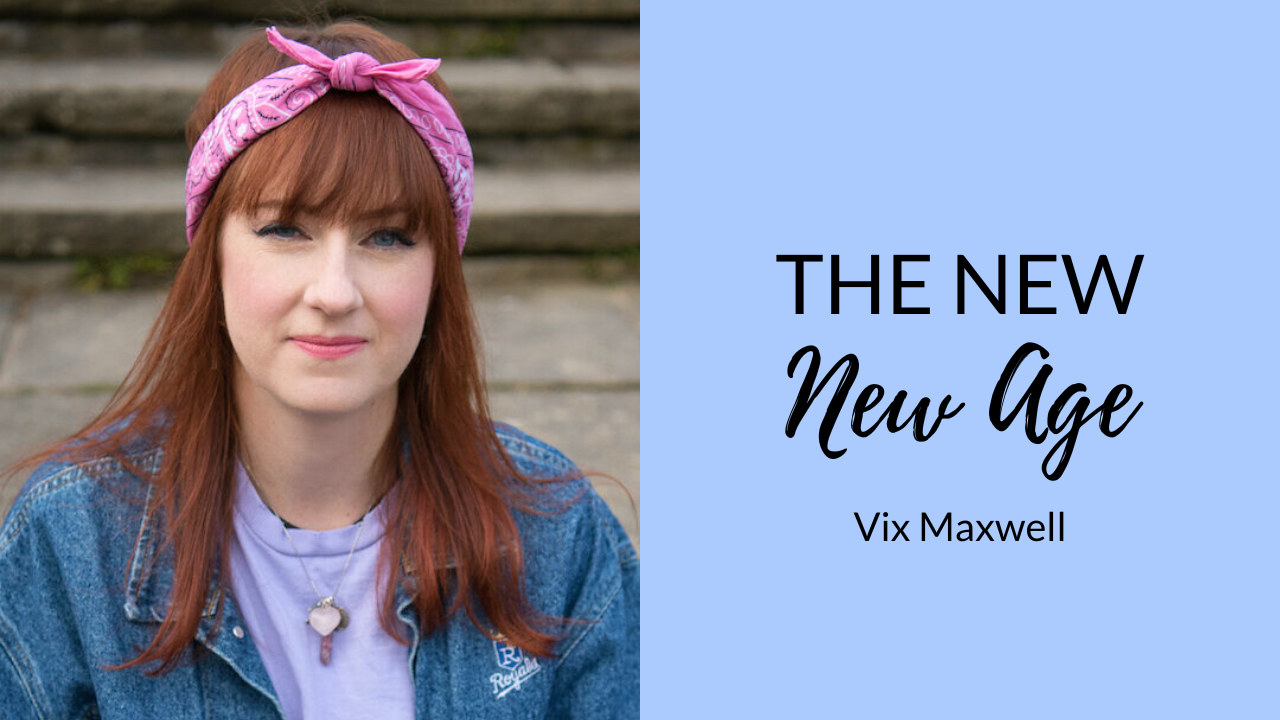